Indie film financing and movie distribution reminds of what it would feel like dancing nude on stage (much respect for exotic dancers at Larry Flynt’s Hustler Club!). You show up to pitch your movie project and need to be able to dance to a film investor’s music. It’s their stage and not yours as an indie filmmaker seeking film funding. They want you to make a sellable movie which appeals to movie distributors so the production can make money. 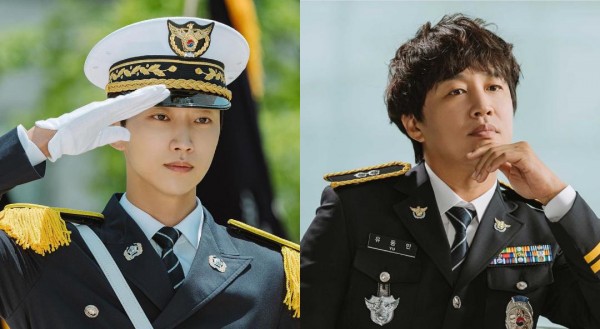 Most investors I’ve met with are not interested in putting hard money into indie art house films because those are tough sells to movie distributors and overseas film buyers aren’t usually interested in seeing them Kissasian. The dialogue and scenes of certain art house type films don’t translate well to foreign buyers and movie viewers. Action, horror and skin does not need subtitles for people to follow the story is what I’ve been told by distributors. Talking head movies can make no sense to viewers that don’t understand subtle lines spoken in a foreign language.

Independent film financing continues to change as indie movie distribution gets more financially shaky. The place it’s hitting indie movie producers hardest is right at the source – film financing. Film investors right now aren’t feeling excited about putting money into movies that do not have bankable name actors. This is not like so-called indie movies that have A-list actors or are produced for millions of dollars. Those type of indie film passion projects you can make once you’ve made it in the entertainment business at the studio level.

Indie film investors and movie distributors won’t expect you to have an A-list actor, but they do want producers to have actors (B-list or C-list or D-list) with some name recognition or celebrity. The first question film investors and movie distributors ask is who the cast is. This is where most indie movie producers are blown out of the water because they have an unknown cast of actors. Plus there is a glut of indie movies being made because technology has made it more affordable to make movies.

The bright side is that entertaining indie movies are being made that might not otherwise ever have seen light of day before. The downside is meaningful movie distribution (getting paid) for indie produced films continues to shrink as indie films being made rises (supply and demand 101). I talked to one movie distributor that caters to releasing independent films and they told me they receive new film submissions daily.

They were honest saying they get very sellable movies and ones that are less than appealing, but with so many movies out there they no longer offer a majority of producers advance money against film royalties or pay a lump cash “buy-out” to secure distribution rights. Their business viewpoint is most indie filmmakers are just happy seeing their movie released. The term they used was “glorified showreel” for an indie filmmaker to display they can make a feature film. So, they acquire many of their movie releases without paying an advance or offering a “buy-out” agreement.

Not making a profit from a movie does not make financial sense for film investors that expect to see money made. When people put up money to produce a movie they want a return on their investment. Otherwise it’s no longer a movie investment. It becomes a film donation of money they’re giving away with no expectations. I’ve been on the “dog and pony show” circuit meeting with potential film investors and learning invaluable lessons.

I’m in the habit now of talking to indie movie distributors before writing a screenplay to see what types of films are selling and what actors or celebrity names attached to a potential project appeal to them. This is not like chasing trends, but it gives producers a sharper picture of the sales climate for indie films. Sometimes distributors will give me a short list of actors or celebrities to consider that fit an independent movie budget. Movie sales outside of the U.S. are where a bulk of the money is made for indie filmmakers.

Movie distributors and film sales agents can tell you what actors and celebrity talent is translating to movie sales overseas at the indie level. These won’t be A-list names, but having someone with some kind of name is a great selling point to help your movie standout from others. Brief cameos of known actors or celebrities used to be a good way to keep talent cost down and add a bankable name to your cast.

That has changed lately from my conversations with distribution companies. Movie distributors now expect any name talent attached to have a meaningful part in the movie instead of a few minutes in a cameo role. Cameo scenes can still work if there is a visual hook that grabs the attention of viewers in some way. But having name talent say a couple of lines with no special hook won’t fly anymore.

Another way to make an indie film in need of funding more attractive to investors is to attach talent that has been in a movie or TV show of note. Their name as an actor might not be that well-known yet, but rising stars that have appeared in a popular movie or TV show can give your movie broader appeal. If you cast them in a supporting role keep working days on the set down to a minimum to save your budget. Try to write their scenes so they can be shot in one or two days.

When you’re pitching to serious film investors they will want to be given a detailed movie budget and distribution plan on how you plan on making money from the film’s release. The Catch-22 that happens a lot is that most movie distributors that cater to releasing indie films won’t commit to any deal until they’ve screened the movie.

There is not built-in distribution like with studio budget films. Film investors that are not traditionally part of the entertainment business can get turned off when a producer does not have a distribution deal already in place. They don’t understand the Catch-22 of indie filmmaking and distribution. This is where a movie producer really needs to have a solid pitch that explains the financial dynamics of indie film distribution.

Most film investors will pass on an indie movie producer’s financing pitch that mentions self-distribution in it. From a movie investor’s business perspective it takes entirely too long for an indie movie to generate money going the self-distribution route. It’s like the old school way of selling your movie out of the trunk of your car at places, but now it’s done online using digital distribution and direct sales via a blog. That’s a long grind that most investors will not be interested in waiting around for. Moving one unit of a movie at a time is too slow of trickle for investors.

A possible way around the Catch-22 is to reach out to movie distributors while you are pitching to film investors. With a firm budget number and possible cast attached you can gauge to see if there is any meaningful distribution interest in the movie. It’s always possible a distributor will tell you that they would offer an advance or “buy-out” deal. They usually won’t give you a hard number, but even a ballpark figure of what they might offer can let you know if your budget makes financial sense to approach movie investors with.

I know one savvy indie movie producer that makes 4-6 movies a year on very reasonable budgets and knows they’re already making a profit from the advance money alone. The film royalty payments are a bonus. The producer keeps budgets extremely affordable and streamlined at every phase of production. Once you have a track record with a distribution company you know what you can expect to be paid. Then you can offer film investors a percent on their money invested into the production that makes sense.

Social networking with other indie filmmakers lets you hear what’s happening with movie distribution from other people’s real life experiences. A cool thing I’ve been hearing about is that there are film investors that won’t put up money to make movie that is going to be self-distributed, but they will roll the dice on a feature that is going to specific film festivals. Not the art house film festivals. The ones that are very genre specific like for horror or action films. Like Screamfest Horror Film Festival or Action on Film (AOF). Film buyers attend these events and meaningful distribution deals are made.

Independent film financing and movie distribution are areas of the entertainment business all filmmakers will have to deal with and learn from each experience. I was in the hot seat today pitching to a film investor. I’ve streamlined the budget as much as I can without making the plot lose steam.

The jam I’m in as a producer is there are hard costs that cannot be avoided that include lots of gun play including two rigging shots where baddies get shot and are blown backwards off their feet. Badass action films need experienced and seasoned film crews to pull-off hardcore action shots off clean and safe. The cast I want to hire has the perfect appeal and name recognition for this indie action movie to rock viewers. There is nothing that can get lost in the translation in this film for foreign film buyers and movie viewers.

What I think got lost in the translation with the potential film investor today is if I keep taking out below-the-line crew to save money I’m going to have to do rewrites to the screenplay to take out action scenes. These are selling points that will hurt sales if they are written out. But it’s my job as an indie filmmaker to balance a budget that appeals to film investors. We’ll see how this goes. This is indie filmmaker Sid Kali typing fade out